Farmers of the Month Series: 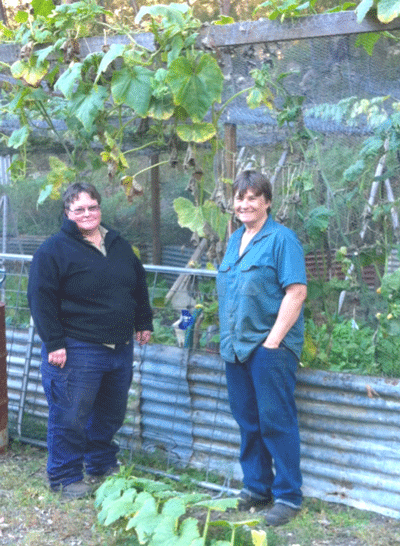 Each month PSI profiles a farmer of our valley who is growing food and contributing to the ‘Valley Veg Basket’.

Sherri and Ingrid need no introduction for us locals here at St Albans. Apart from being great farmers they are also local identities and extremely capable residents of our valley.

“The girls” as they are affectionately known here in the valley, excel at many different things, stemming from their backgrounds. Farming was ‘the normal’ for them, growing food from the get go, so it’s definitely not a new concept. Their vast array of skills, knowledge and talents have come from their families self-sufficiency philosophy and lifestyles which has set them up for their own sustainable and self-reliant existence.

From a child, Sherri from a traditional 1500-acre farm in Cooma was given a tractor and ten acres and told to farm. And farm she did, growing anything necessary on the farm for the farm, from Lucerne, barley, potatoes and oats as well as helping with the farms large vegetable garden that fed the family. She learnt to garden from her grandmother and grandfather who maintained the veggie garden and was taught from an early age “if you eat something, you plant it” so their was always an abundance of food and sustainable food production. Growing up with her brothers, Sherri was also told she had to fix her own tractor, unless she wanted to be paid out and given a hard time. All this no doubt, has helped mould her independent strong and capable character she has today.

It was a hard life but a good life and Sherri has many fond memories being outdoors farming and the farming lifestyle. The family bathroom always had something brewing, pickling, basing in brine, or drying, something she still does today. They slaughtered and lived off their own meat and were almost entirely self-sufficient. This was all natural to her. She recalls the time when she first left the farm to attend university at ANU. She made sure she took some food provisions with her and on the first day rocked up with a half a sheep over her shoulder, a bag of potatoes and a pumpkin and asked where the cool room was. Well, she did get some looks and was very shocked to find out this was not the done thing to do. The first time she went shopping she discovered potatoes in cans and couldn’t for the life of her figger how they fitted the potatoes in the can as she grew potatoes and knew how big they were she couldn’t believe this to be true.  A shock for a farmer in the big city.

Ingrid grew up on a smaller scale, more alternative property on the mid north coast near Warhope. From the word go she was exposed to farming and growing food from both her mother and father.  Ingrid’s mother was indeed a 6th generation organic farmer and part of the “free thinkers” movement, so she was very used to organic growing and a range of philosophies. As a child she remembers being part of “Rural Youth” and participating in an organic gardening project where she had to document and justify aspects of growing food. This she says taught her the need to formalize what you do. She grew up with her parents always working hard around the property to sustain their lifestyle obviously learning many things on the way that  set her in good stead today. Ingrid was taught to grow a diversity of things and one of her fond memories as a child in the garden was growing a range of different colored and types of radishes and checking them daily to see the changes as they grew. In contrast to Sherri’s upbringing, Ingrid was taught to farm with your hands and only use a machine unless there was a major advantage.  Ingrid doesn’t like large-scale broadacre monoculture farming and prefers diversity. Her farming philosophy is not to put all your eggs in the one basket and the importance of variety for resilience. She also talks about the need to be able to adapt to change to nature and or circumstances to farm. 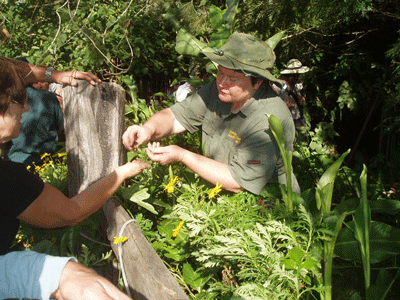 Sherri sharing some Bush-tucker over the farm fence

Today, Sherri and Ingrid own “She-Ing Farm” their 26 acres at Mogo Creek on Wollombi Rd. They purchased the property in 1995 and have ever since been making it their self-sufficient kingdom and paradise. They have worked hard to turn what was a barren infertile very sandy property into a green abundant fertile oasis with a range of fruit trees, bush tucker, veggie gardens, animal pastures and paddocks, bees, and forestry. They would have to be one of the most self-sufficient and sustainable farms in the valley producing their own vegetables, fruit, eggs, honey, meat (poultry, lamb, pigs and beef and an occasional fish). The girls preserve their own food – dry, smoke, pickle, brine, bottle or freeze. They make their own jams, chutneys, cheese, smoked meats and other products. They produce their own milk and dairy products and can do all this on their own.

One of the things the girls love about growing food is the abundance and variety of things they can grow and turning these foods into amazing products and recipes. They both love to cook from the garden and they have a passion for native food and produce (their famous lilly-pilly jam is one such product).

The girls also sell their produce locally and supply to the Valley Veg basket project.  They run beekeeping courses at Permaculture Sydney Institute and offer educational tours to students on courses and workshops. They have lots to share with the community and are also known to be generous with their time and knowledge to help anyone along the way. They are hard working and an amazing asset to our community. 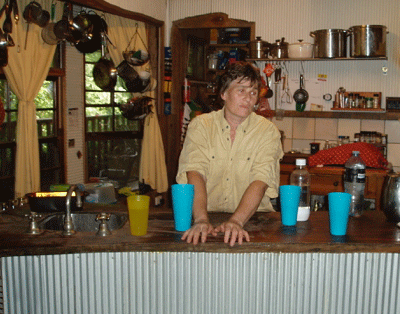 Sherri and Ingrid have a few tips and suggestions about gardening, growing food and sustainable living generally. 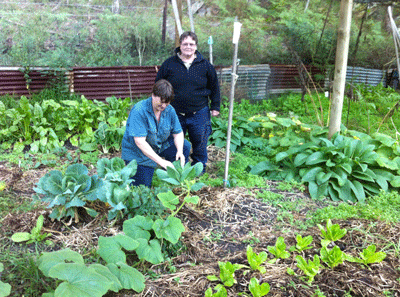 Sherri and Ingrid in their veggie garden at their farm 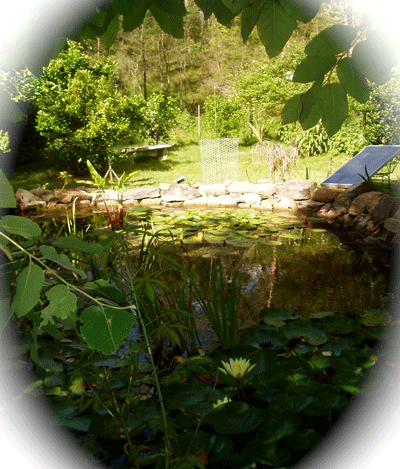