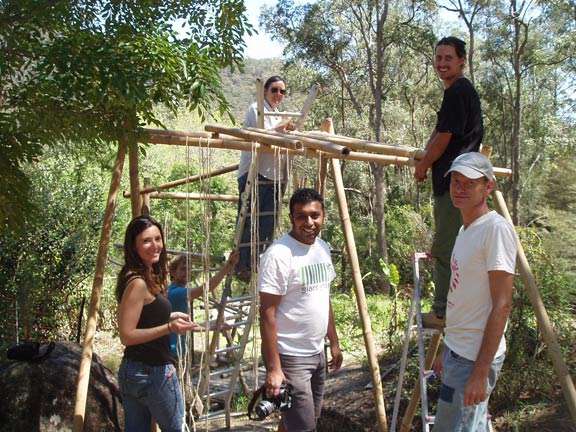 As part of our 40-year celebration of Permaculture, we are releasing writings about it from prominent people in the movement. Here’s one from Geoffrey, many of you know as a graduate of Bill Mollison, an academic associate professor at Macquarie University and now PSI’s assistant director admin and finances.

Forty years is not very long in the life of a social movement, but long enough to discern some patterns in development across that time and, perhaps, to make some guesses about the future.

To call permaculture a ‘social movement’ is to stress only one part of its character of course, and others might see personal, local or scientific aspects as more important. But permaculture did grow out of and respond to a specific set of human conditions that, from the late 1960s, had already given rise to heightened concerns about racism and sexism. In the 1970s the so-called age of abundance in the Western world gave way to widening economic contractions and shocks that a post-war generation had not anticipated. The fragility of both natural and built environments became very apparent to those who were willing to learn, and new ways of living were imagined – and older remedies that had been forgotten were recovered – by the pioneers of permaculture.

To be sure, the imposition of neo-liberal ‘remedies’ in decades of the 1980s and 1990s slowed the movement in the West (though not in the developing or ‘Third’ world). In our current period, the rapacity of the unrestrained ‘free market’ has become increasingly clear, with its deadly consequences for the natural environment and all forms of life, not just the human. Permaculture again is expanding as an integrated philosophy and practice that gives definite answers and alternatives. In its early stages, a lack of confidence in formally organised politics characterised the permaculture movement, making its practitioners truly an ‘alternative movement’. The second time around, the times are well suited for permaculture to grow again, further and faster, as an answer to our social condition.