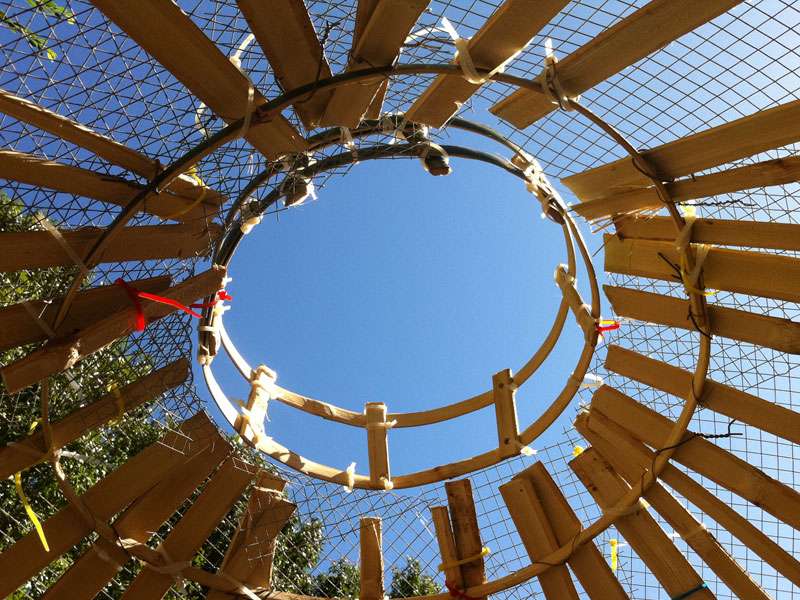 Well, we’ve been having lots of fun here this month building a bamboo duck dome and rendering it. It’s a beautiful new addition to the food forest that will last years and keep our ducks safe, happy and healthy. First there were the earthworks. Being halfway down the slope, we had to roughly terrace the site and direct the water around the duck home to keep it dry.  To do this we installed a mini swale and a couple of paths on contour. The water now runs out of the spillway of the swale down a rocky path to the next swale below. Once the earthworks were complete it made the site safer and easier to get around on level ground.

What was once a steepish slope is now terraced with small swale directing water around the new bamboo duck dome. The rocks on the swale mound protect the soil from chickens and ducks scratching it up and the bamboo keeps them off somewhat as well. The mound will be planted with hardy perennial plants like taro and arrowroot and grasses and reeds.

The site has now been totally transformed. Here you can see the before and after shots. Even the ducks Domino and Dora give their stamp of approval.

The ducks Domino and Dora hanging out together near the chicks. Domino the drake is a recent addition to the food forest as a Goanna took Dora’s sister last month. They are now inseparable and madly in love. We’re hoping they’ll have some ducklings soon.

View Pictures from the Event 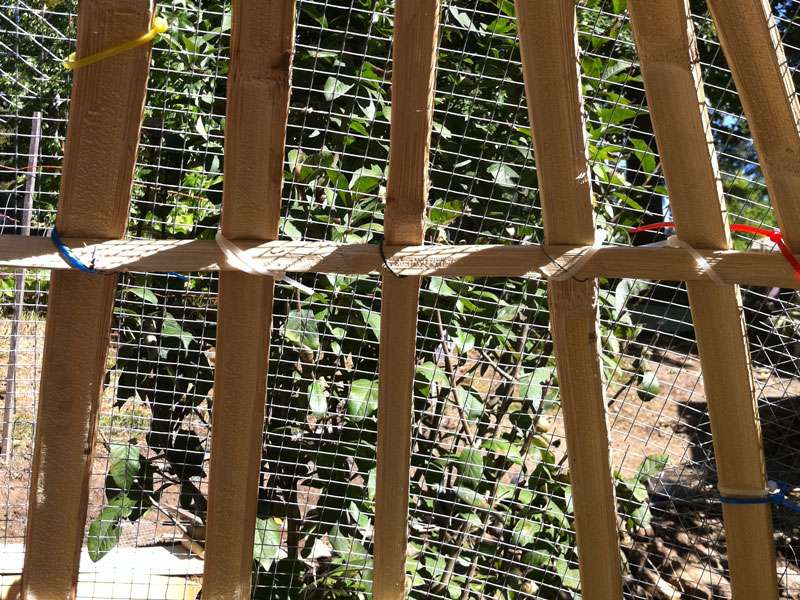 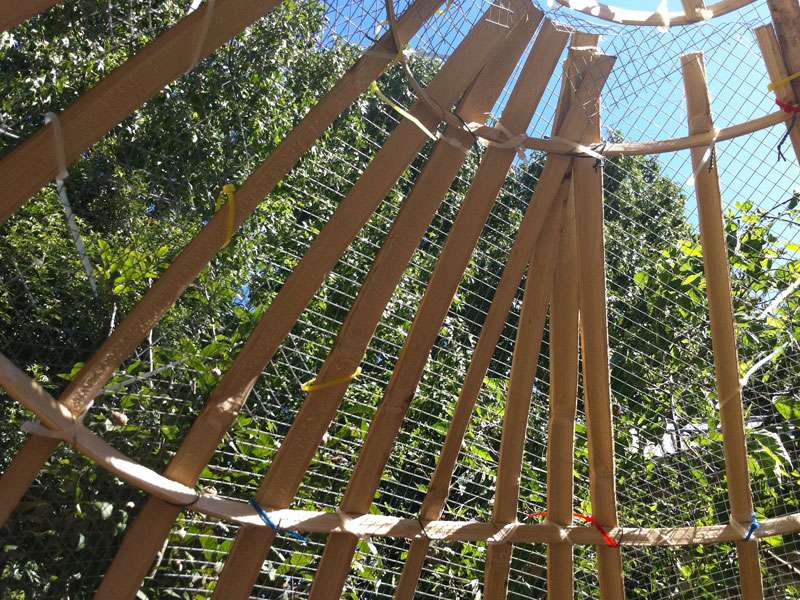 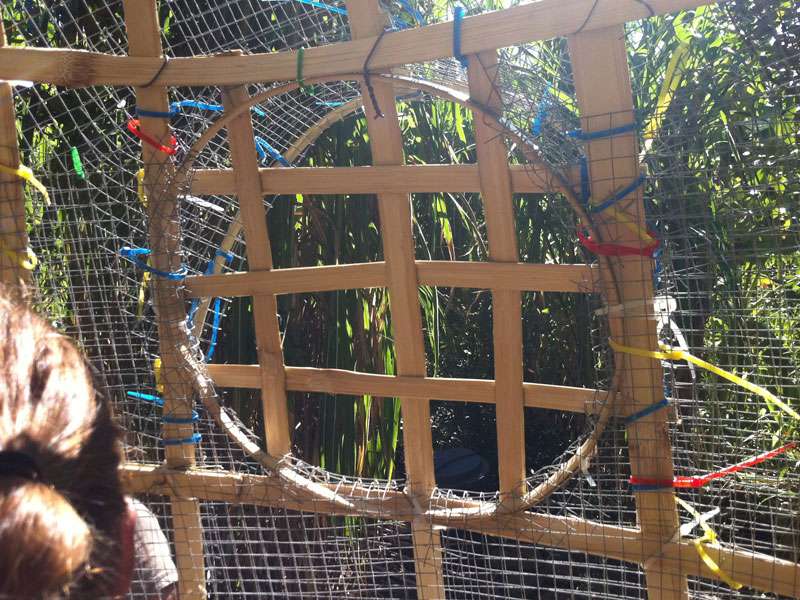 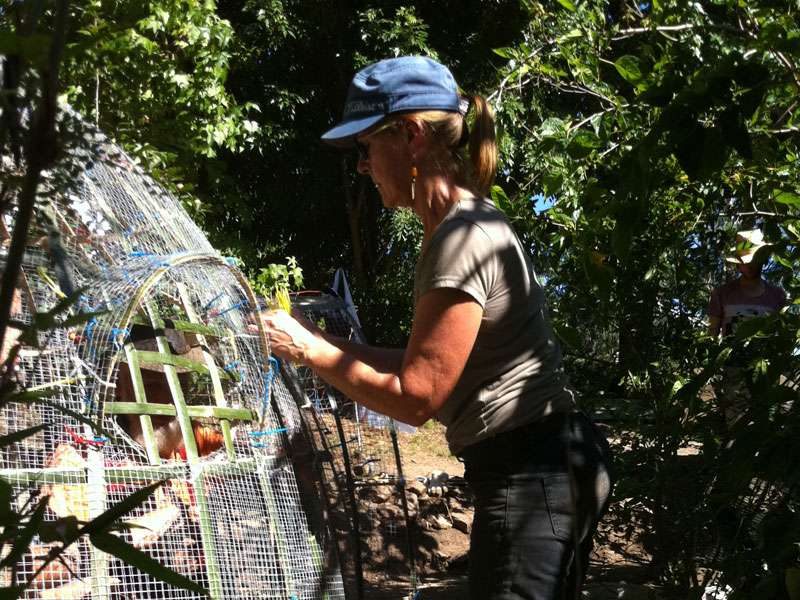 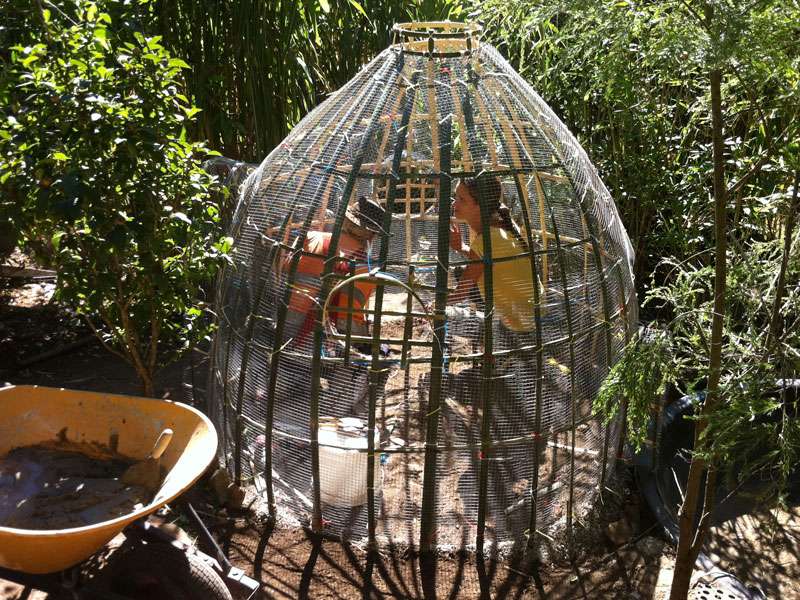 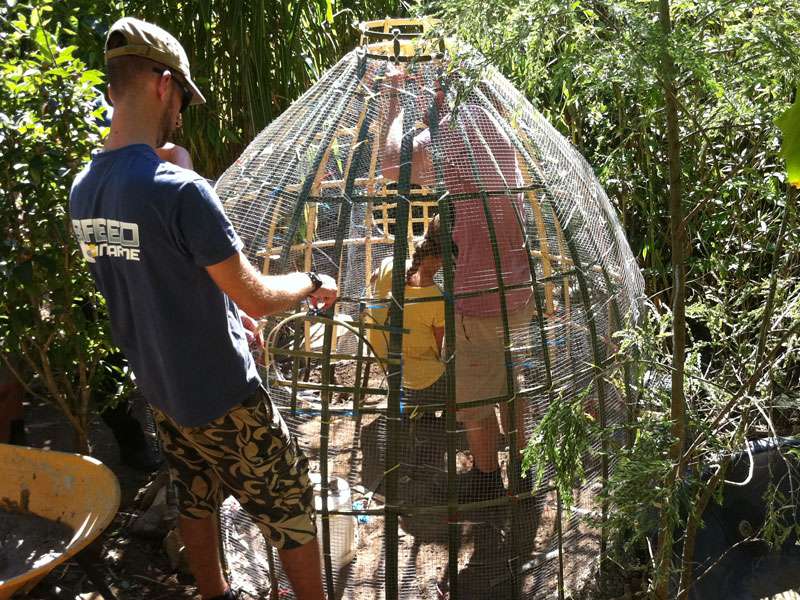 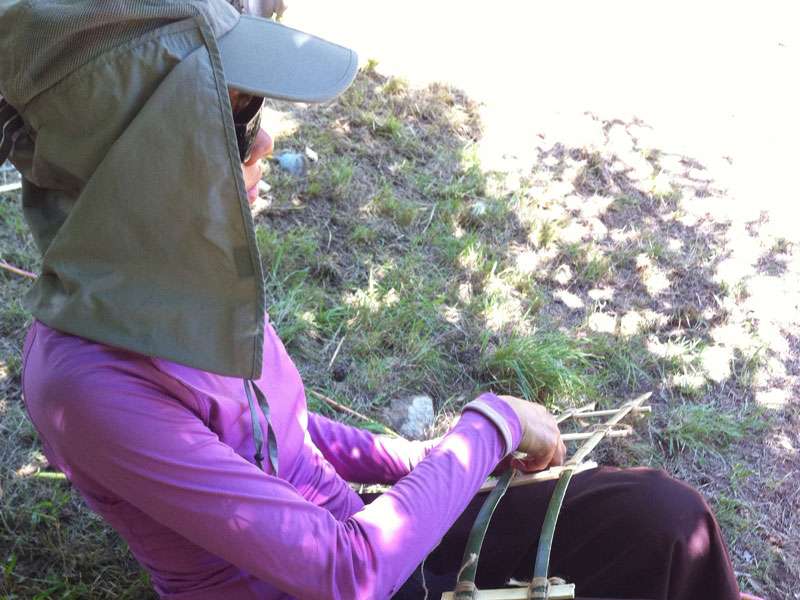 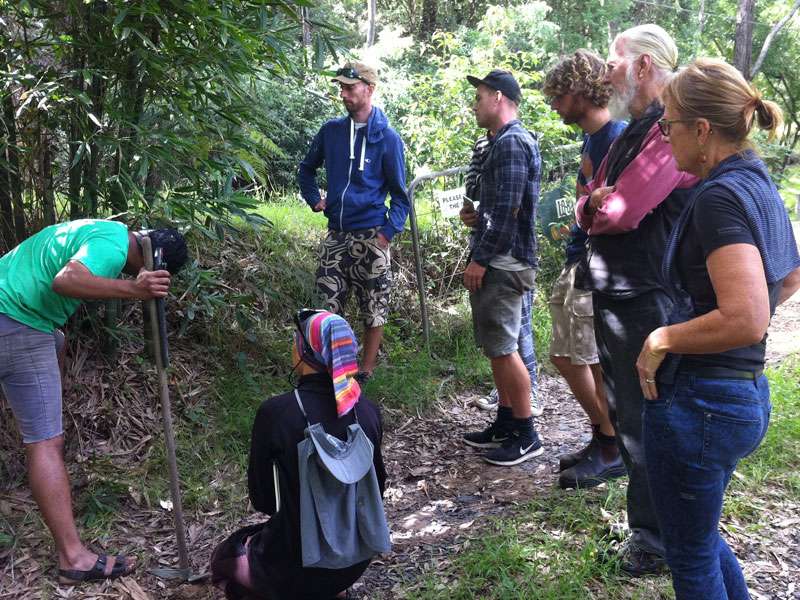 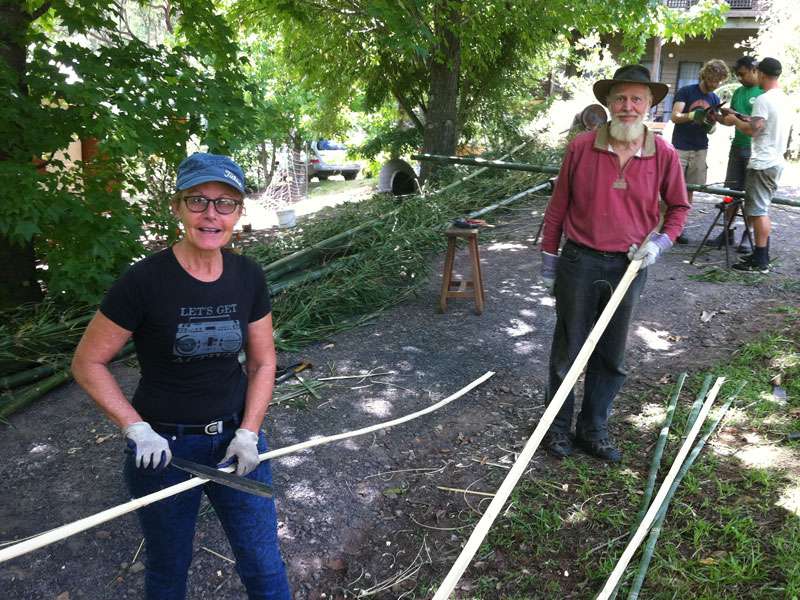 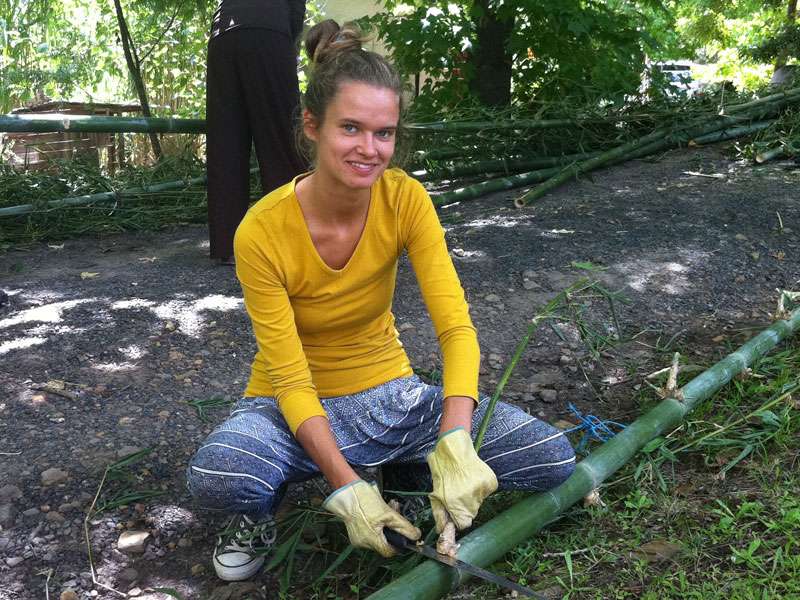