In memory of Bill 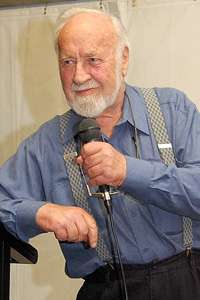 October’s been a very sad month for us here at PSI with the passing of one of the most inspirational, charismatic and extraordinary persons I’ve ever known. I wouldn’t be here today doing what I’m doing without Bill and Permaculture. Nor would the Permaculture Sydney Institute. Even though we all knew it was coming, its still hard to register. The need to “get on with it’ is greater now than ever. We must go forward and carry on his work, the concept philosophy and practice of Permaculture. I can’t think of anything better to do. Its still the best on offer for repairing your patch and the planet and whilst others pick up on one or two specific causes, its only permaculture that deals with it all, holistically, offering us a model, a design system that will truly make a difference.

Last time I saw Bill and Lisa, it was a happy occasion. It was obvious to me that Lisa, his wife, was keeping Bill going by looking after him exceptionally well. Bill was in good spirits happy and laughing with his loud infectious laugh. I wondered at the time if this would be the last time I saw him and it was. My memories of Bill are all positive and entirely loving and memorable. I found him to be a compassionate man, both simple and complicated. I know he was difficult. He never tried to be nice to those he didn’t like. He was a great analyst, with an ability to cut to the core of the matter and the “truth” on its head. I am so incredibly glad and grateful that he was my permaculture teacher and mentor and that I had some time with him. I have many lovely memories of him but a couple of experiences come to mind.

I will never forget my first experience with him on my PDC Course in Tasmania 2001. We sat glued to our seats and mesmerized in a room while he told us story after story about life, permaculture and the world. In the room you could hear a pin drop it was so still and quiet and just out of nowhere a march fly came down from the roof and slowly and gently landed on Bills forehead. Bill never flinched but gently and slowly raised is hand up to the fly and grasped it by the wings between his two fingers. There was nothing he didn’t know about that fly. He showed it to us and told us in great detail about its origins, scientific name how may eggs it laid and so on. You wont believe what happened next! He turned the fly over and ate it.

On another occasion I took Bill to Gould’s Bookshop in Newtown, as he wanted to buy some books for his already over extensive library. He wanted books on seaweed amongst other things and said there was still much to uncover about these plants of the sea. We scoured through heaps of books on the top floor until hundreds of books fell down on top of us. Bill thought it was funny and proceeded to tell me about each book as he placed them back on the shelf. I was in awe of his knowledge. A bushman, a poet, a seaman, an academic and a practical man of the land Bill was charismatic, incredibly knowledgeable, inspirational and dare I say spiritual.

In March 2008 I co-ordinated the Australian Permaculture Conference and convergence. It was a massive event with over 500 people attending. We decided to celebrate 30 years of Permaculture and honor Bill. It was also his 80th birthday. I’m really glad we did this, as I don’t think Bill got the recognition he deserved in life. It was an amazing event on many counts. Bill suffered a stroke the day before the conference and was in hospital unable to talk. He was our main speaker and was to open the conference within hours and Lisa rang to tell me they didn’t think they would be able to come. As you could imagine, I was devastated. Apart for concern for Bill, the conference was planned for him, he was the main man. Within 20 minutes I got another phone call. “Bill was coming” Lisa said. He had signed himself out of hospital to get there but they would be a little late. When Bill arrived the room stood up and cheered him. He could hardly speak and very hard to understand in his speech but the sheer determination of the man was admired. His speech improved over the three days of the conference and he was beaming with joy, wondering around chatting to his friends and causing mischief in the kitchen.

Bill says to plant a tree for him. He loved trees and chapter 6 of the Manual is a testimony to that. I asked him once what some of his favorite were. He had no hesitation to rattle off a heap, “Blue gum, Chestnut, Persimmon, Neem, amongst many more.

Last time on the phone to Bill I asked him about death. He said he couldn’t think of anything worse than eternal life. He said it would be a hell on earth. He always gave us something to think about. He had a way with words and responses that had been well thought about and analysed.

Whilst I still mourn the loss of Bill I realize he isn’t really gone. How could he be? He lives on each day through permaculture, which will live eternally. He once said, “ the only thing left behind when we go is your work”. So lets get on with it! Set up your own system, help each other, leave a permanent agricultural system behind you and make your contribution to humanity.

On a final note, my thoughts are with Lisa. What an exceptional woman. I thank her for her major contribution caring for Bill, so well, for so long and keeping him in the world that little bit longer so others got to share a bit more precious time with him. Thank you Lisa you are amazing!

I have compiled a few of my favourite pics of Bill at the Permaculture conference APC9 and other places. 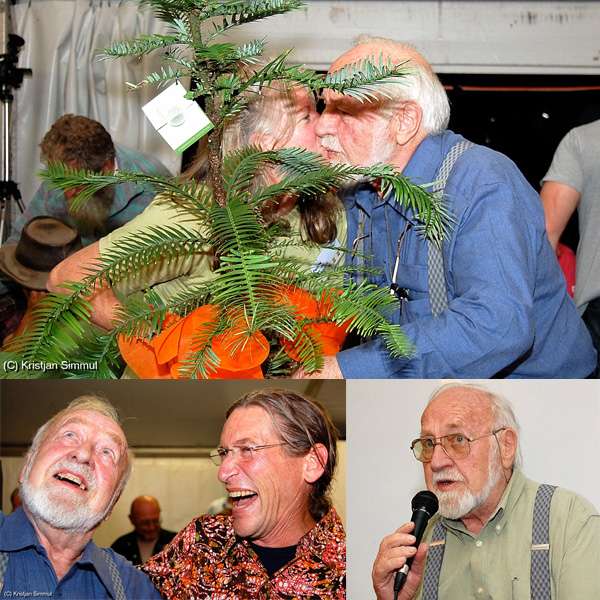 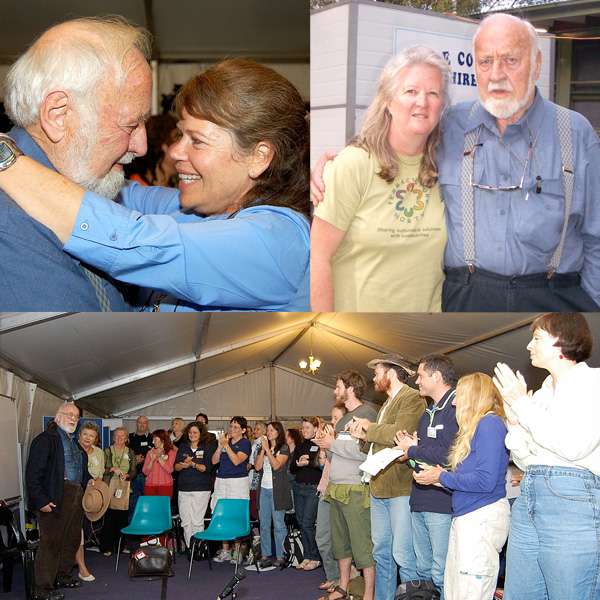